“Emma Kunz lived from 1892 to 1963 in the German-speaking part of Switzerland. In her lifetime she was recognized as a healer; she herself described herself as a researcher. Now she has acquired an international reputation through her artistic work. Even in her schooldays, Emma Kunz occupied herself with exceptional happenings. When she was 18 years old, she began to use her abilities of telepathy, prophecy and as a healer, and she began to exercise her divining pendulum.

She achieved successes through her advice and treatments that often edged on the limits of miracles. She herself rejected the term miracle because she attributed it to the ability to use and activate powers that lie dormant in everyone. Not least, it was this gift that permitted Emma Kunz to discover in 1941 the power of the Würenlos healing rock that she named AION A. From 1938, Emma Kunz created large-scale pictures on graph paper. She described her creative work as follows: “Shape and form expressed as measurement, rhythm, symbol, and transformation of figure and principle.” As a visionary artist, she bequeathed to us a fascinating collection of her works of art that encodes immeasurable knowledge. The pictures are probably the most direct way to experience Emma Kunz’s personality.” (Source) 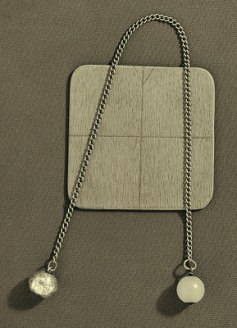